One of the most rewarding experiences I had at Orlando based agency, Purple Rock Scissors.

As an associate front-end developer I was tasked with assisting in the development of viderichocolatefactory.com. A site that would later go on to win the best web site awarded by Orlando Weekly’s 2014 Orlando American Advertising Awards

With a very aggressive deadline, the team of designers, front-end and back-end developers worked nights and some weekends to launch by black friday to capitalize on the surge of potential sales. 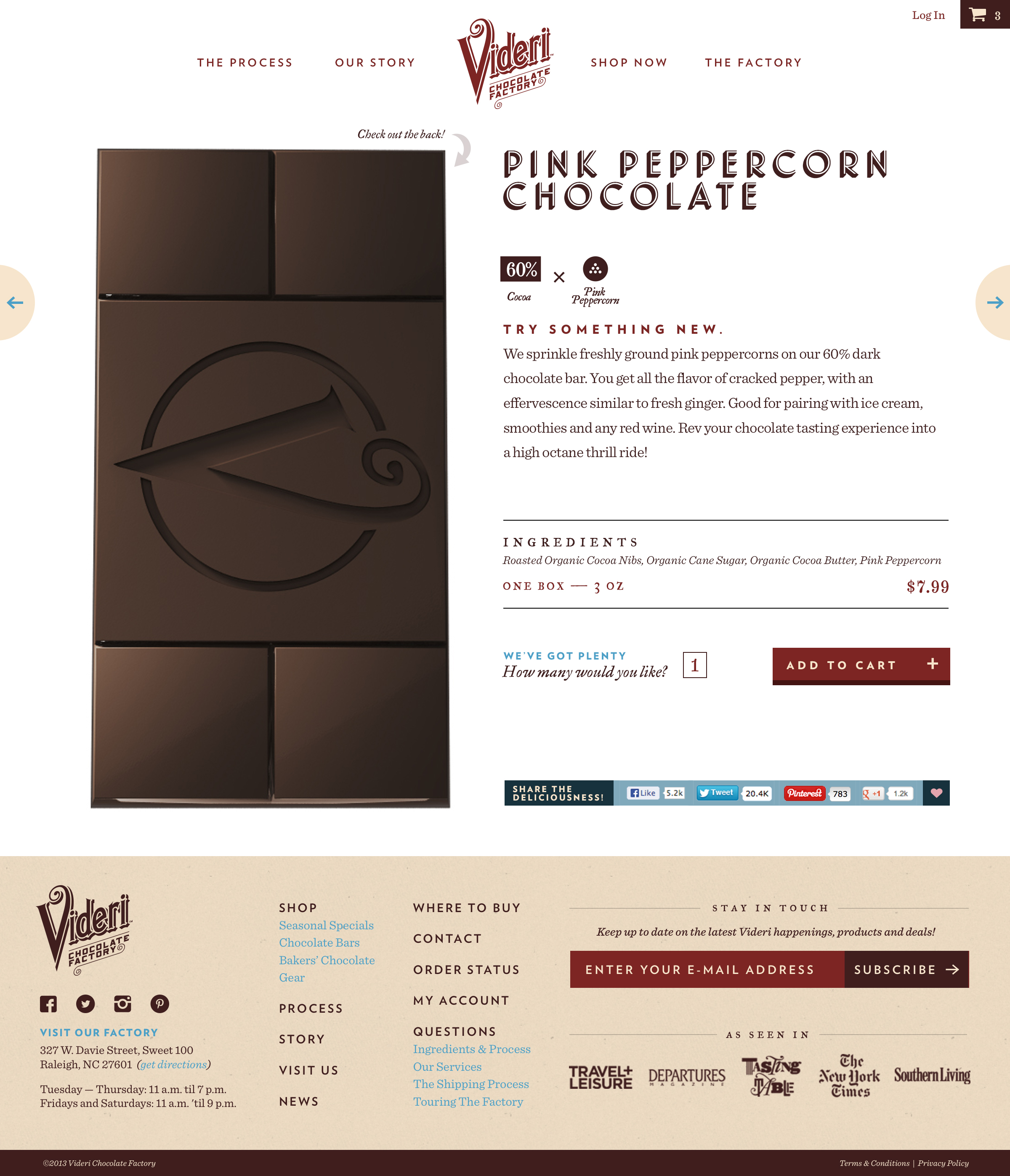 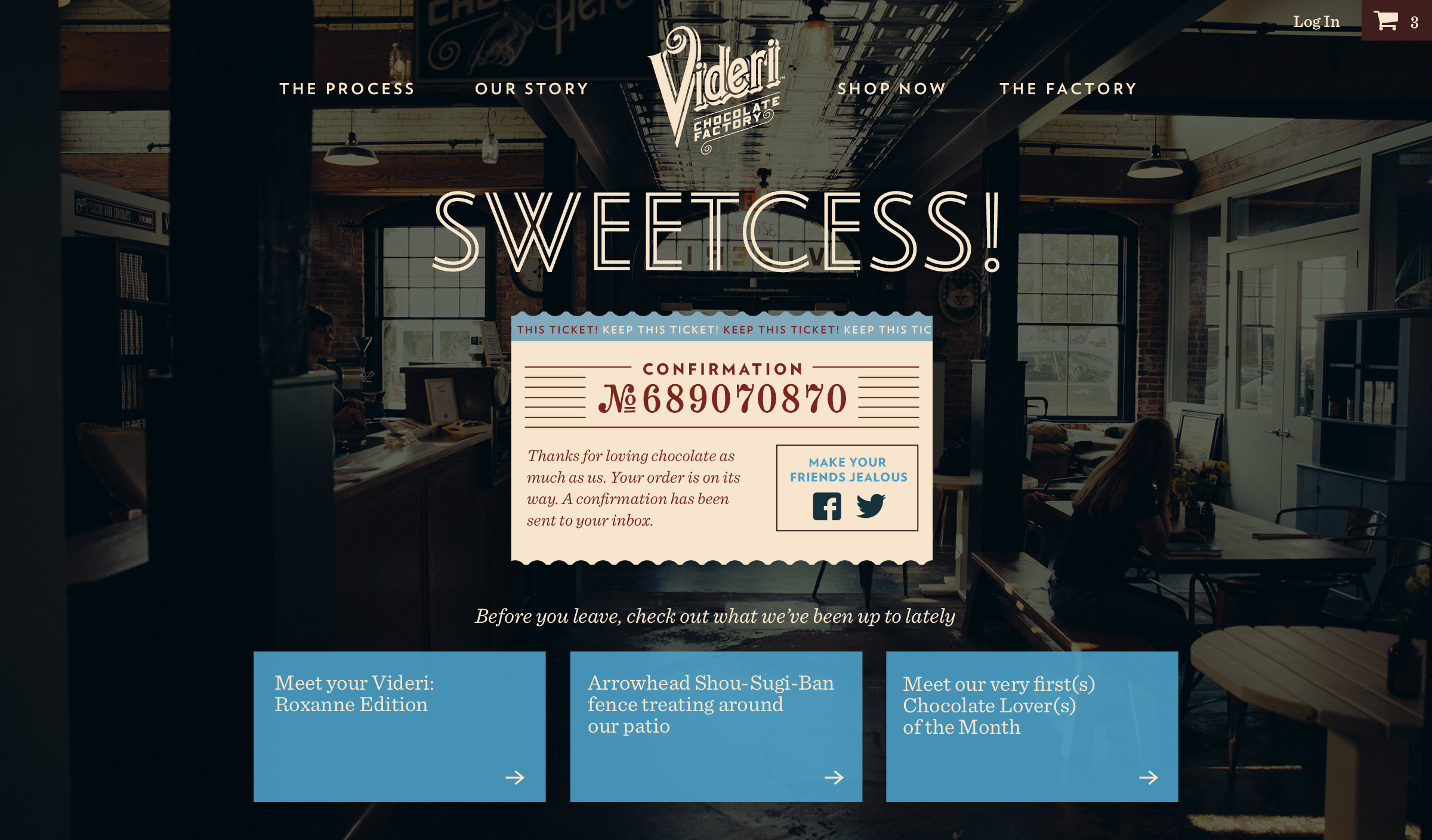 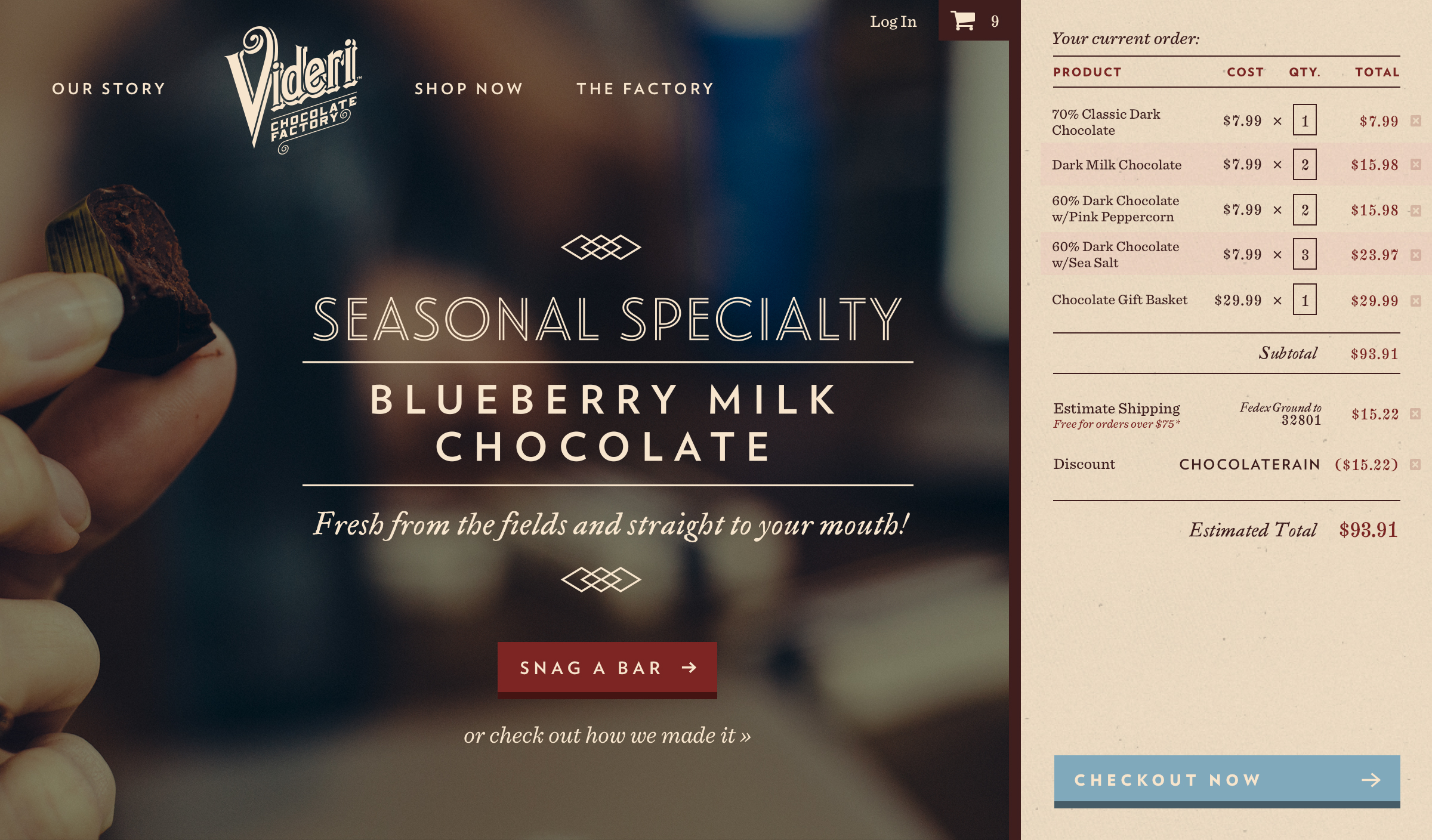